The remains of the late Commissioner Christine Alalo were laid to rest at Kitwe Ntungamo District.

CP Alalo, who was the Police Commissioner African Union Mission in Somalia, died in the Ethiopia Airline flight ET 302 crash on Sunday, March 10, 2019.

The ceremony was attended by several dignitaries including the AU representative to AMISOM Honourable Simon Mulongo, the Police Commissioner of AMISOM IGP Augustine Koire, and AIGP Grace Turyagumanawe who represented the Inspector General Of Uganda Police Force. 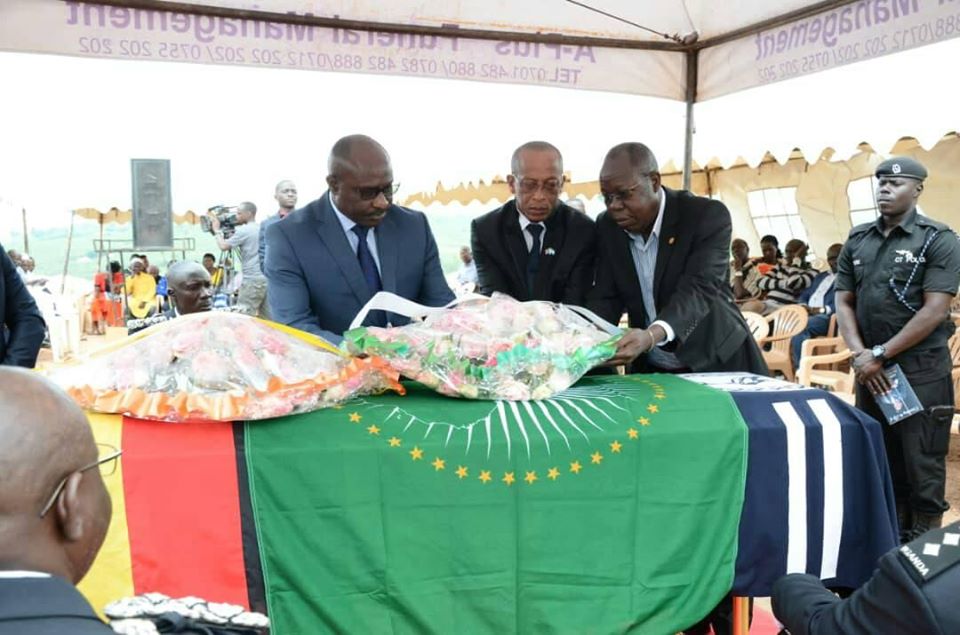 The Police sent heartfelt gratitude to all those who supported the process of recovering Late Alalo’s remains and to those who turned up to give her a befitting send-off.

May her soul rest in peace.