Skip to content
Main Stories Popular Recommended
The Netherlands Embassy through the Refugee Law Project has Wednesday, July, 1 donated an assortment of transport equipment worth 70000 US dollars to Panyadoli Refugee Police Station, Kiryandongo district.
H.E Henk Jan Bakker, the Netherlands Ambassador to Uganda handed over the items to AIGP Asan Kasingye at Police headquarters Naguru.
They included a double cabin pickup and four motorcycles. While receiving the donation, Kasingye noted that the support will help the police to reach out to refugees in their settlement camps by increasing access to justice.
He stated:

“We shall now be able to address problems of GBV, Human Rights violations & delayed response to crime incidents”.

Kasingye thanked the Embassy for their continued support to the Uganda Police that includes among others training of the Police in refuge law. 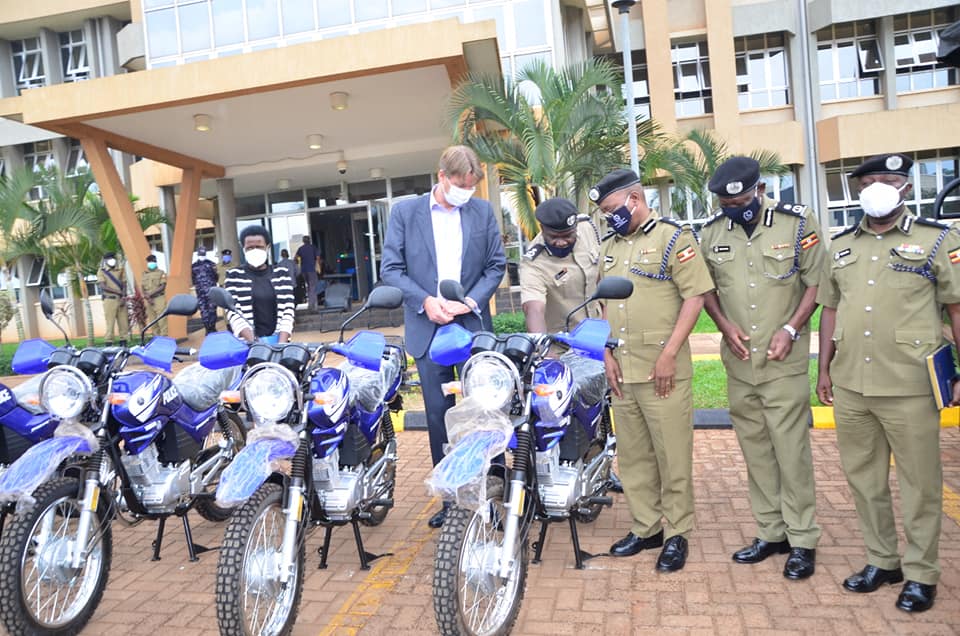 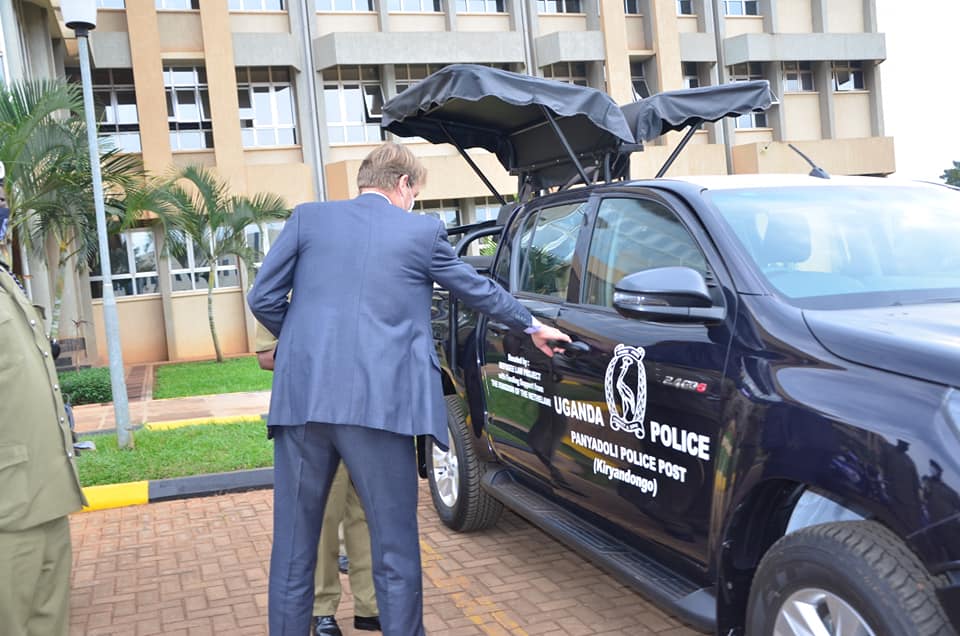 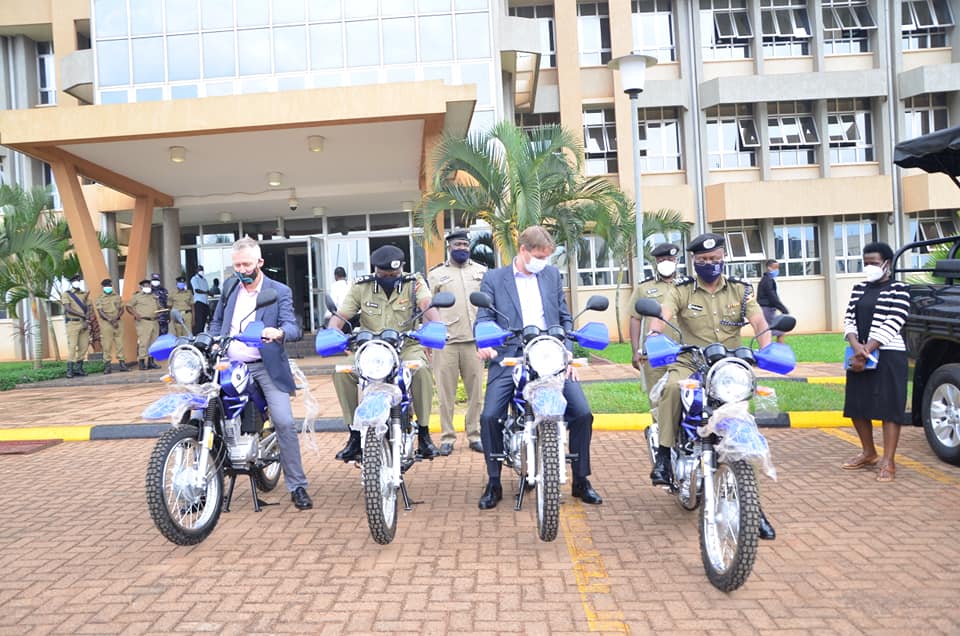 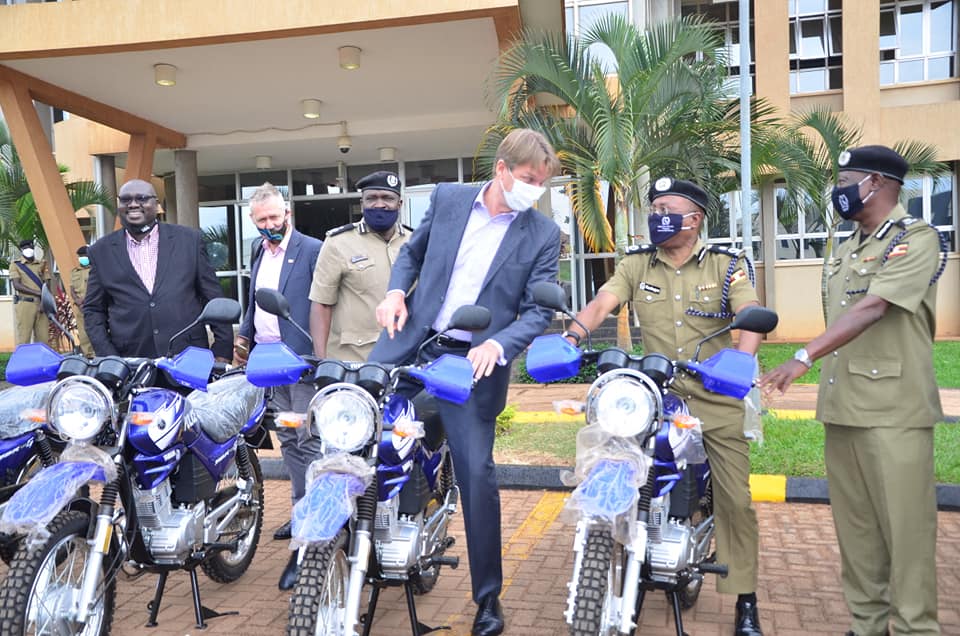 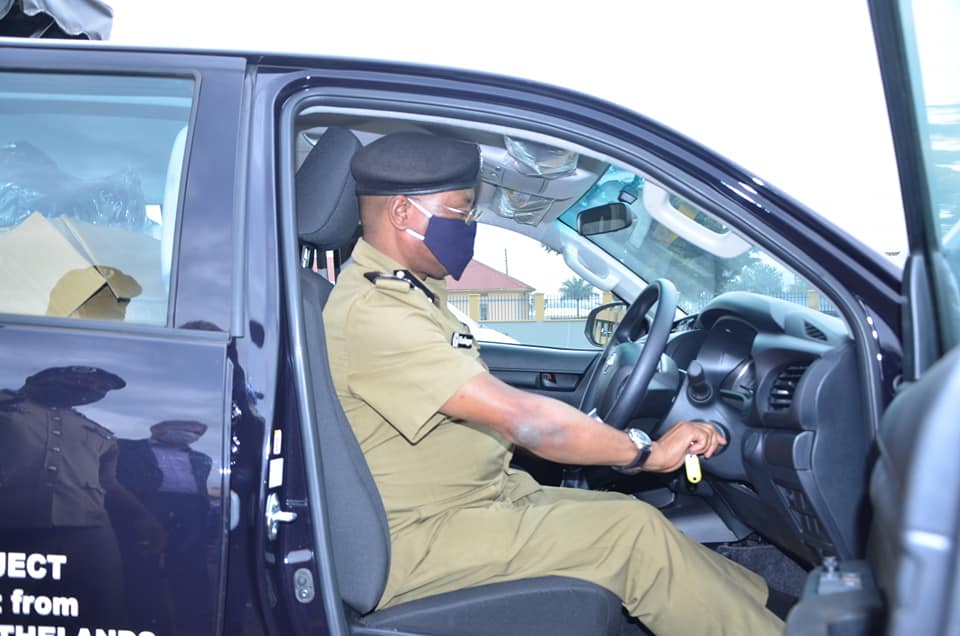 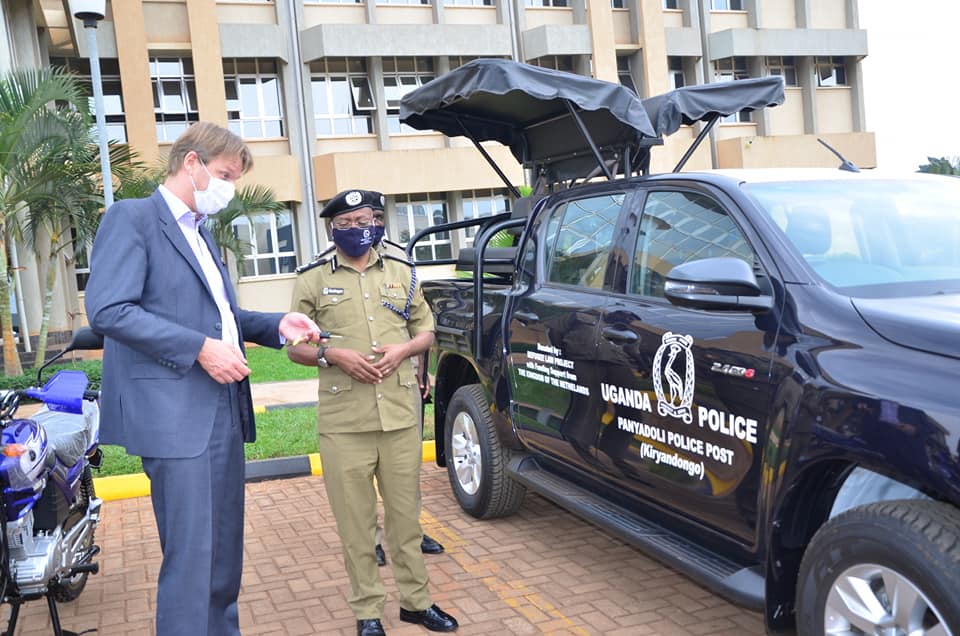